Skip to content
Joe Allen discusses the significance of the organizing drive at Amazon in Bessemer, Alabama, in these expanded and updated notes from a presentation to the labor branch of the Chicago Democratic Socialists of America.

We are in a different space now to discuss workplace organizing and the legal rights of workers in the United States. Joe Biden’s public support for the right to vote for union representation without management harassment is one part of this difference. The Protecting the Right to Organize (PRO) Act—the most ambitious effort at labor law reform in two generations—is another. The PRO Act recently passed the House and it now heads to the Senate. While unlikely to pass as a whole or in parts, it is an extraordinary recognition that workers are screwed in this country and that something needs to change.

A new day for labor?

The $1.9 billion COVID-19 relief bill represents something of a liberal moment with government welfare spending that includes provisions to save worker pensions across the country. The largest of the pension funds to be saved is the Teamsters long-suffering Central States Pension Fund which ensures that hundreds of thousands of retired and soon-to-be retired Teamsters avoid devastating cuts. A friend of mine, who should have retired a decade ago, said to me after the bill passed, “I went to work yesterday because I had to. Tomorrow I go to work because I want to.”

All of this is taking place during the most important organizing drive in a generation at the Amazon Fulfillment Center in Bessemer, Alabama. The organizing drive spearheaded by the Retail, Wholesale, and Department Store Union (RWDSU) has received international and overwhelmingly supportive media coverage. Can a small union like RWDSU defeat a corporate Goliath like Amazon? We will find out starting on March 30 when ballots are counted by the National Labor Relation Board. While NLRB elections have a terrible win-loss record for unions, especially in the South, we should support the campaign wholeheartedly. It would pierce the shield of one of the largest non-union employers in the U.S. 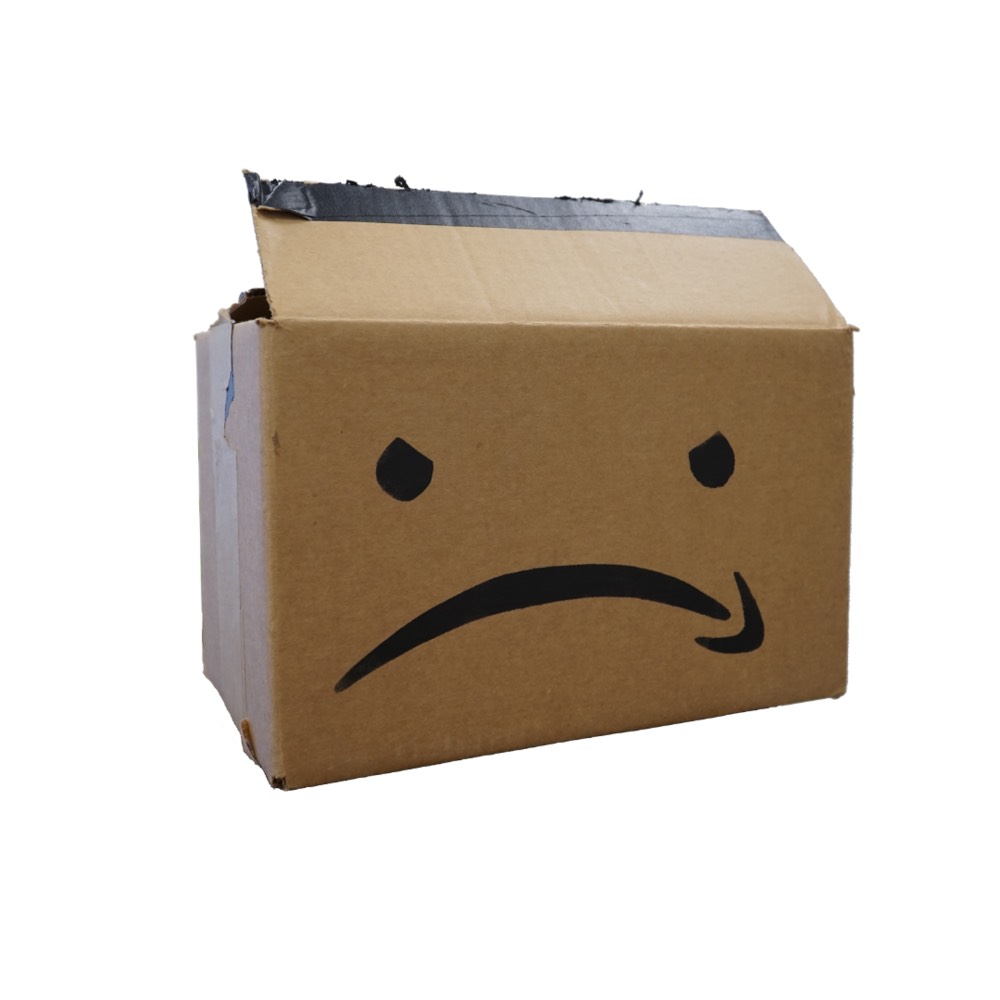 Amazon is such a multi-faceted behemoth of a corporation that it inspires a curious mixture of awe, fear, and amazement. Along with Apple, it shares the distinction of being one of the first two corporations in history to be worth one trillion dollars. As of December 2020, Amazon employed nearly 1.3 million workers around the globe up from 750,000 the year before. The coronavirus pandemic has been good for Amazon with record profits and Jeff Bezos recognized as the wealthiest human in the known universe—though he competes for that title regularly with Bill Gates and Elon Musk.

The pandemic proved to be initially a public relations boon for Amazon. It was a life-line for tens of millions of U.S. residents, especially seniors, stuck at home. James Thomson, a former Amazon manager, declared that Amazon was the “new Red Cross.” Amazon boosted its starting wage from $15 to $17 an hour and hired over 100,000 new workers in the U.S. to cope with the surging demand in the first months of pandemic. It also granted time off to care for workers and their family members ill with COVID-19. The generosity proved short-lived, however, Amazon rescinded the two dollar an hour increase at the beginning of last summer.

The critical role of Amazon in supplying food, personal protective equipment, cleaning supplies, and medicine, led to renewed interest in work conditions, especially for workers in the vast network of Amazon Fulfillment Centers or FCs. Deemed “essential workers” by everyone, including former President Donald Trump, some Amazon workers used their new “essential” status to launch job actions. Most notably in New York City and Chicago, job actions highlighted the dangerous working conditions produced by the pandemic.

Amazon workers organized a march on Jeff Bezos’ Beverly Hills mansion. Petitions and lawsuits by Amazon workers for better working conditions were filed throughout the country. It should be noted that Occupational Safety and Health Administration (OSHA), the federal government agency for workplace health and safety, has been largely absent during the pandemic. The AFL-CIO union federation reported that OSHA, from the beginning of the pandemic in March 2020 through October 1, opened a tiny number of investigations compared to thousands of related complaints across industries and regions.

Amazon responded to the job action in New York by firing worker Chris Smalls claiming he violated social distancing rules. But a leaked memo obtained by Vice News revealed something else. Amazon General Counsel David Zapolsky tried to smear him in a memo widely circulated through Amazon:

He’s not smart, or articulate, and to the extent the press wants to focus on us versus him, we will be in a much stronger PR position than simply explaining for the umpteenth time how we’re trying to protect workers.

Amazon was clearly worried that the job actions around workplace safety would tarnish its image. In response it poured money into commercials that burnished its sagging image. Smalls later founded the Congress of Essential Workers. In October, Amazon reported that nearly 20,000 of its workers tested positive for COVID-19.

The pandemic has had a big impact on the political consciousness of U.S. workers from nurses, to meatpackers, to logistics workers. Poverty wages and horrendous working conditions at Amazon have been the subject of exposes before, notably by John Oliver and Bernie Sanders, However, these perennial issues have to be seen today in new light because of the pandemic and 2020 nationwide uprising against racism.

Last year, Financial Times columnist Rana Foroohar saw in the uprising the potential for a new labor movement. She wrote:

The economic divide is about as stark as it was the last time the country saw this kind of social unrest, in the 1960s during the civil rights movement. But while the marchers then were mainly Black, and the organizers were civil rights leaders from African American communities, today’s Black Lives Matter protests are much more diverse. They are happening in some overwhelmingly white communities—places like Boise, Idaho, and Colorado—as well as in multicultural cities such as New York.

What will the organizing drive in Bessemer, Alabama, tell us about the changing political consciousness of Black workers especially in the logistics industry?

[Amazon] will become an even larger part of our political perspectives.

Bessemer, Alabama, is a predominately African-American city and Amazon’s FC there reflects that African-American character with a largely woman workforce. If there is a place that could tell us a lot about the changing consciousness of Black workers it is at Amazon in Bessemer. The best article I have read was an interview with Darryl Richardson that gives a vivid description of challenges and potentials facing on-the-job organizers. The fact that Amazon is spending so much money and time to defeat the organizing drive shows that they are worried. They should be.

The Bessemer drive is happening at such a moment that if it won it could potentially spread across the country. The Washington Post, owned by Bezos, reported on March 9:

The worker had been watching the push by thousands of Amazon warehouse employees in Bessemer, Ala., to join a union. He became one of more than 1,000 Amazon workers in the United States who contacted the Retail, Wholesale and Department Store Union in recent weeks to see what it might take to start an organizing drive at his facility. And he says that an Alabama victory would inspire more of his co-workers to join the fight.

“It would help very much if Alabama votes yes,” said the worker, who spoke on the condition of anonymity for fear of retribution by a company that has been accused of firing workers for speaking out. “The chances that we’ll do something increases.”

The RWDSU has received a lot of outside support from celebrities like Danny Glover, the NAACP, and many other unions, including those of professional athletes. In Iowa, the Teamsters claim to be organizing Amazon workers at two facilities and are not looking to NLRB elections but to union recognition strikes.

No wonder Amazon is worried. The traditional approach of unions to NLRB elections—rely on a few on-the-job organizers and full time staff to organize large plants—is often unsuccessful because the workplace balance of power and labor law favor the employers. All of this was laid out many years ago in Martin Levitt’s book Confessions of a Union Buster. This does not mean you cannot win an election but it is extraordinarily hard to win which is why the labor movement has pursued, without success for decades, labor law reform.

The RWDSU has won tough organizing battles in Alabama before. A decade ago it organized the poultry processing plant in Russellville, Alabama, owned by Pilgrim’s Pride, the U.S. subsidiary of the Brazilian-based beef and poultry giant JBS. Organizer Randy Hadley told Labor Notes at the time that the company used:

the language barrier to divide the Latino Spanish speakers from the white and Black English speakers. Threatening folks with plant closings, firings, telling one group of workers one thing and another group something completely different.

Despite the stiff resistance from management, the union successfully responded with bilingual organizers, bilingual meetings, and bilingual materials. Today, RWDSU represents thousands of poultry workers across the South at Pilgrim’s Pride, Wayne Farms, and Tyson locations in Georgia, Alabama, Tennessee, and Mississippi. These are tough, right-to-work states with political leaders that cater to the whims and needs of big businesses, especially those seeking to locate manufacturing facilities in low wage areas subsidized with public funds.

I asked a long standing union organizer what he thinks of the prospects for victory are in Bessemer. The organizer said that he did not place outright victory outside the realm of possibility but:

if the union won between 35 percent and 45 percent of the vote on its first try, it would be an incredibly important step forward given the wealth and power of Amazon.

My next question was who could sustain the organizing? His answer:

It would be up to the RWDSU’s parent union the United Food and Commercial Workers Union (UFCW) to provide the necessary resources.

The battle at Bessemer is not the first or the last time that there will be an attempt at organizing Amazon. Unfortunately, Amazonians United, which has done a lot of important work in select cities, has chosen not to support the drive in Bessemer. Amazon, in fact, will become a bigger part of our work life here in Chicago and especially for Black Chicago. It has already purchased land to build FCs on Halstead street just south of Cermak, straddling Pilsen and Chinatown, and another on the former Central Steel site on the southwest side. It will become an even larger part of our political perspectives.

Joe Allen is a long-time labor activist and writer, and is a member of the Tempest Collective Steering Committee.