Skip to content
Aaron Amaral and Scott McLemee provide a digest, with links and excerpts, of some of the best of the recent commentary about the events at the U.S. capitol on January 6, 2021.

At some point, history books will require a name for the events at the U.S. Capitol building on January 6th. For now, there’s not even a convenient label for them (riot, coup attempt, putsch, insurrection, etc.) that isn’t problematic in some way.

But with the events themselves still fresh in mind — and tens of thousands of federal troops now in place near the inauguration site and on call at numerous state capitals — it’s not as if we really know how January 6th ended. Was it, as liberals prefer to think, one of the last in a long series of the thuggish episodes making up the Trump era? Or just early tremors from a tectonic shift in racial capitalism after more than a dozen years of economic crisis?

The Tempest Collective will publish our own analyses and assessments soon. In the meantime we have put together a digest (with links) of some recent commentaries from the left that are valuable for developing an orientation towards Trumpism … in the age of Biden. 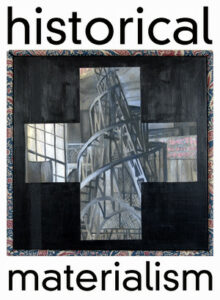 This inability on the part of the bourgeoisie [to impose its political domination through the fabrication of majority consent to the order of things] proceeds, in particular, from a weakening of the links between representatives and represented, or more precisely, of the mediations between political power and citizens. In the case of neo-fascism, this weakening results in the decline of traditional mass organisations (political parties, trade unions, voluntary associations), without which ‘civil society’ is little more than an electoral slogan (think of the famous ‘figures from civil society’), encourages the atomisation of individuals and thus condemns them to impotence, making them available for new political affects, new forms of enlistment and new modes of action. Yet, this weakening, which makes the formation of mass militias largely superfluous for neo-fascists, is precisely the product of bourgeois policies and the social crisis they unfailingly engender.

“Riot on the hill” in New Left Review 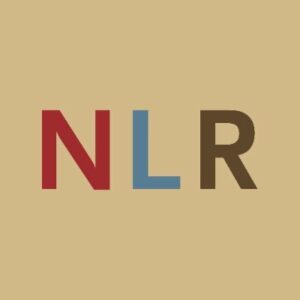 [T]he True Trumpists have become a de facto third party, bunkered down heavily in the House of Representatives. As Trump embalms himself in bitter revenge fantasies, reconciliation between the two camps will probably become impossible, although individual defections may occur. Mar-a-Lago will become base camp for the Trump death cult which will continue to mobilize his hardcore followers to terrorize Republican primaries and ensure the preservation of a large die-hard contingent in the House as well as in red-state legislatures. (Republicans in the Senate, accessing huge corporation donations, are far less vulnerable to such challenges.)

Tomorrow liberal pundits may reassure us that the Republicans have committed suicide, that the age of Trump is over, and that Democrats are on the verge of reclaiming hegemony. Similar declarations, of course, were made during vicious Republican primaries in 2015. They seemed very convincing at the time. But an open civil war amongst Republicans may only provide short-term advantages to Democrats, whose own divisions have been rubbed raw by Biden’s refusal to share power with progressives. Freed from Trump’s electronic fatwas, moreover, some of the younger Republican senators may prove to be much more formidable competitors for the white college-educated suburban vote than centrist Democrats realize. In any event, the only future that we can reliably foresee – a continuation of extreme socio-economic turbulence – renders political crystal balls useless.

“This wasn’t a coup against our system. It is now our system.” in Noteworthy Blog 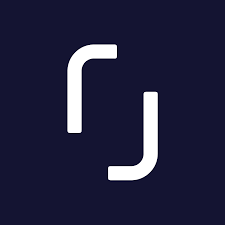 As Black liberation scholar Keeanga-Yamahtta Taylor tweeted during the action:

“It’s a coup in their minds but not in real life. The United States government cannot be sacked by a mob of angry white dudes….It is a shocking display of double standards, the rot of the GOP, and the utter racism of American police and those who direct them. This is desperation, not an actual plan to take power.”

But if there was no coup attempt, then there should also be no congratulations in order for a coup being averted, or praise for our institutions holding up under assault. Because what actually happened on Wednesday was that the lunatic or fascist (pick one, I don’t care for the moment) wing of the Republican Party was wildly successful in rubbing all of our faces in their ability to seemingly get away with anything.

Those who take solace in pointing out how how disorganized and incoherent the MAGA mob was are completely missing this point, which is that its profoundly intimidating and demoralizing that a few thousand asshats can disrupt and postpone a critical Congressional vote, while millions of anti-racist protesters can’t even get an indictment against a single Wisconsin cop who shot Jacob Blake seven times in the back. 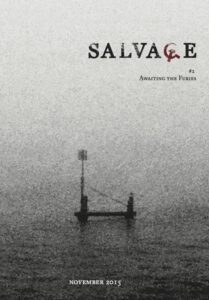 From the point of view of America’s old centre, embracing both neoliberals and the fading neoconservative sodality, rising global authoritarianism represents an inexplicable ‘deconsolidation’ of the democracy that was apparently secured with the collapse of Stalinism. Somehow, people have ‘lost faith’ in democratic government, abandoned ‘civility’ and been seduced by ‘populists’. This is the Biden purview. The indices of ‘deconsolidation’ are serious enough. Since the mid-1990s, according to the World Values Survey, there has been a marked increase in the number of people, worldwide, who favour ‘a strong leader who does not have to bother with elections’. This has been most pronounced in the US, India, Russia, Turkey, South Africa, Argentina, Germany and Japan, and the increase is strongest among the rich – a fact not often remarked upon. The minority who think democracy is a ‘bad’ or ‘very bad’ way to run a country has more than doubled in Europe and North America…

The material base of inchoate fascism lies, however, in the way that the contradictions of capitalist democracy are sharpening in an era of relative global stagnation. It is telling that far-right ascendancy in Brazil, India and the Philippines, for example, is underpinned by ideologies of capitalist development, that is to be unleashed by the liberation of liberal capitalism from liberalism, the macho flouting of all attempts at institutionalising species longevity by mitigating climate change, and the extirpation of national folk devils (communists, Muslims, drug addicts) whose presence has been ideologically linked to the class trajectories of long-suffering constituencies in these countries. These are not particularly poor countries: rather, they are striving competitors, rising middle-income states, with growth rates much higher than those in the former capitalist heartlands. Those growth rates, it is invariably argued by the right, would and should be much higher were it not for corrupt, anti-nationalist elites weakening the national cause through their sentimental alliance with the wretched of the earth. 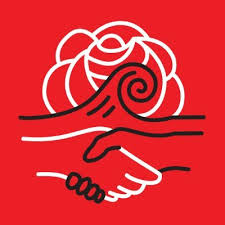 As socialists, we are opposed to everything that happened in Washington Wednesday because it was an attempt by racist, right wing extremists to grow their movement, not because we are, in principle, opposed to occupying Congress. Any criticism of Wednesday’s action must be centered on the politics of the actors involved, more than on the disrespect of “hallowed American institutions” as many CNN commentators have lamented. As socialists, we are committed to defending the limited forms of democracy that exist in this country, however hollow and compromised they may be. But we do not fetishize these institutions. The politics of building more robust, genuine forms of democracy will require transforming, and in some cases, abolishing entirely, these very institutions. This project is not aided when we focus on the tactics, rather than the politics of Wednesday’s actions. 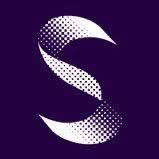 The immediate fallout will be contradictory, simultaneously damaging Trump and boosting the movement around him. He will suffer widespread repudiation by big business, the political establishment, and the security/military/police apparatus. All of the above will back Biden’s moves to restore business as usual at home and imperial credibility abroad. There will be talk of invoking the 25th amendment, and legal prosecution before he leaves the White House—and threats of further action after he leaves office. All of this will be meant to affirm the bourgeois integrity of the city on the hill.

“Disruptions, or, something to (urgently!) learn” blogpost at To Whom it May Concern

The right has figured this out. At least better than we have. They are still, as Richard Seymour argues, inchoate and in an experimental phase, and as of now without the full backing of the state or capitalist class, but they are further into that experiment than we are in ours. Today’s events are only the most recent showing of just how much further. Their goals are, obviously, diametrically opposed to ours, to liberation. The coherence we find through common interest, trust and solidarity they find through what might be described as a militarization of mind and relationship. It’s a potent structure when you are looking to protect your suburban own rather than your actual fundamental rights, to preserve property rather than destroy it.

Through this, they have been able to construct a stronger infrastructure through which they are able to wield different sorts of power. It’s how their narratives – including some of the most batshit virulent conspiracy theories – are able to proliferate…And moving forward, even after the election is confirmed, both manifestations will be able to rally around the story that they have been bilked. One of fascism’s strategies of insurgency, the centrality of the myth of a great national spirit undermined, stays intact, growing in and among supporters’ minds in inverse relation to the ability of conventional politics to keep a lid on things.

Tempest Writings on the “putsch”
Accessibility by WAH
Loading Comments...