The Chicago Teachers Union (“CTU”) is again fighting to ensure that the lives of its members, their students, and the families and communities it serves, are honored. In this case, CTU is standing up in the middle of the pandemic to ensure that health and well-being are not being sacrificed at the imperative of an open economy.

Chicago Mayor Lori Lightfoot is seeking to expand the reopening of the Chicago Public Schools (“CPS”) and bring back an additional ten thousand teachers and support staff this week, followed by seventy thousand students next week. This at a moment when the COVID-19 pandemic is peaking nationally, nearing half a million dead. As noted in Rampant magazine, “Chicago currently has a 10.5 percent positivity rate and over a thousand new cases a day. The numbers do not support reopening schools.” 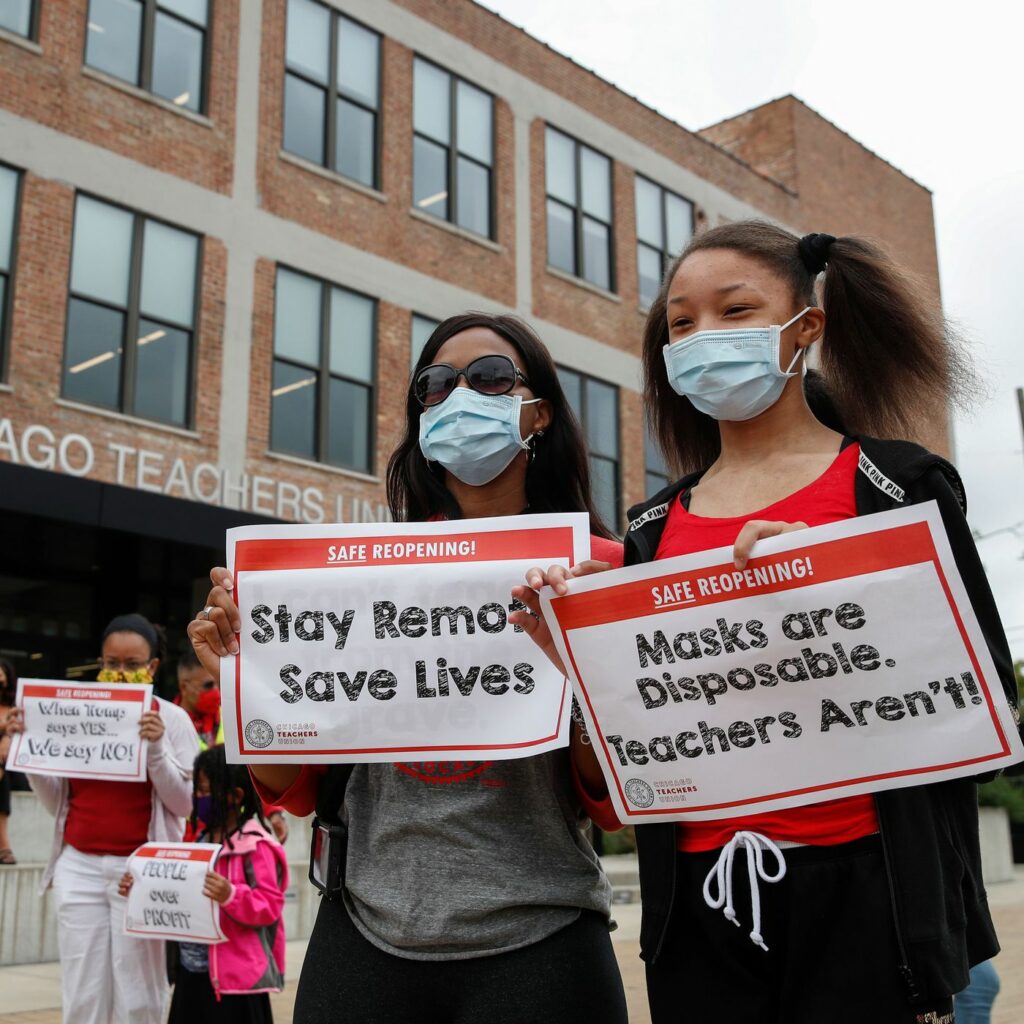 The members of the CTU are at the forefront of the militant working class in the U.S. Facing the calamitous implications of Mayor Lightfoot’s plan, the CTU delegate body voted by 86% to authorize a vote of CTU membership to strike against CPS and Lightfoot. That vote resulted in a definitive 71% majority in favor of striking.

The strike resolution puts CPS on notice that if forced to return this week, CTU teachers will only do so remotely, in safe conditions. Should CPS choose to retaliate—as they did with an initial wave of returning pre-K and special education teachers in early January—then the Union promises to shut down remote teaching and put up the picket lines.

The Tempest Collective stands in unconditional solidarity with the CTU in this fight. The choice of lives over livelihood is one that should not be forced on anyone, yet it is precisely what the CPS and Mayor Lightfoot are proposing. And unfortunately, this is a choice that millions of other so-called “essential” workers across the country are being forced to make. CTU is showing us all that an alternative exists to this false choice, if we are collectively prepared to fight for it.

Tempest Solidarity with the CTU!
Accessibility by WAH
Loading Comments...