The leaked Supreme Court draft decision in Dobbs v. Jackson Women’s Health makes it all but certain that the Court will vote to overturn Roe v. Wade later this summer. This massive attack on women and anyone else who can become pregnant has led to protests around the country. What kind of movement do we need to reverse this attack? Come to a meeting in which experienced abortion-rights activists will offer their perspectives on this vital question. 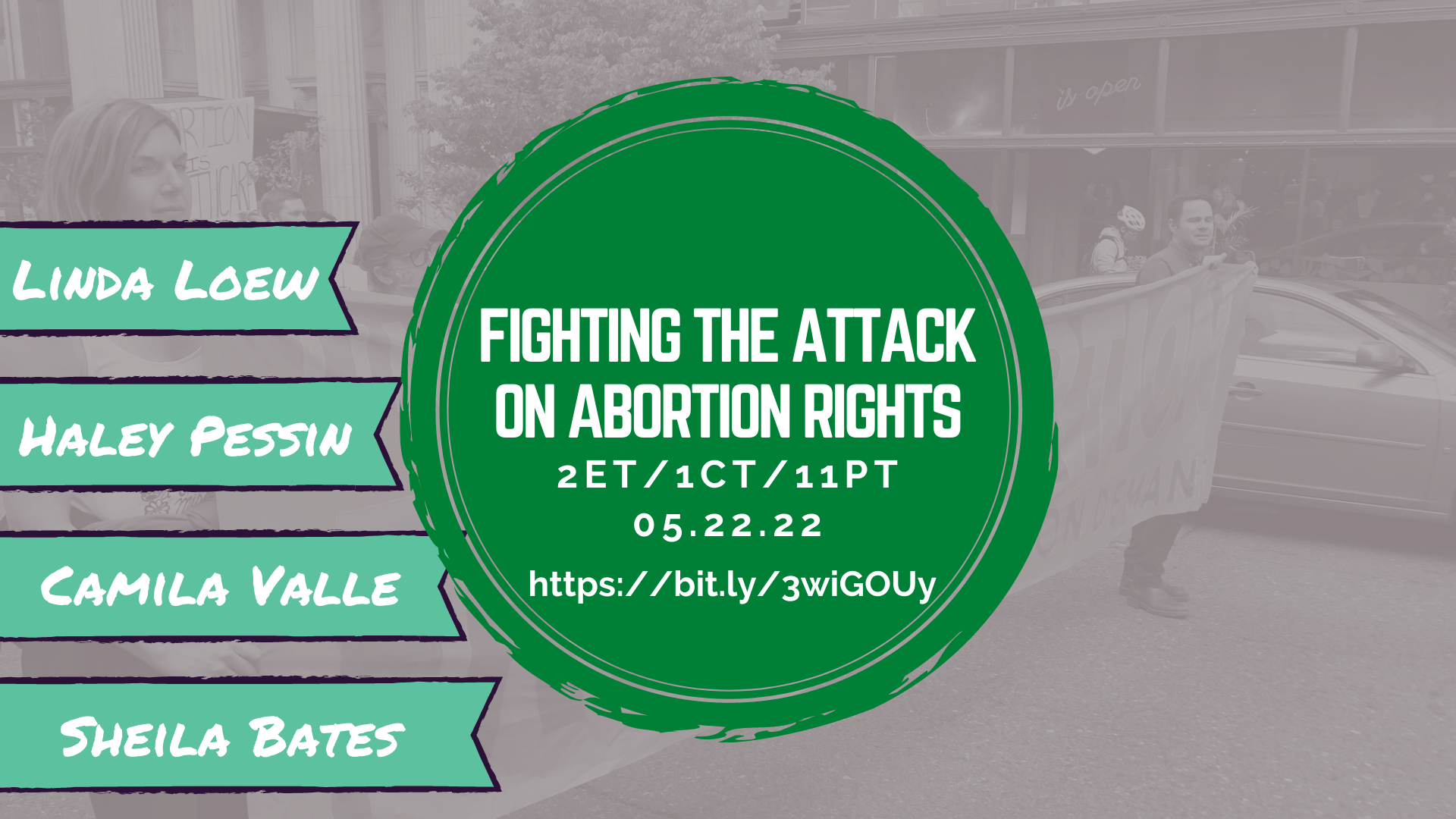 Speakers:
Sheila Bates is a member of Black Lives Matter Grassroots.
Linda Loew is a founding member of Chicago for Abortion Rights and a longstanding union activist and socialist.
Haley Pessin is a socialist activist based in New York and a member of the Tempest Collective.
Camila Valle is an editor, translator, writer, and member of NYC for Abortion Rights.
Register: https://bit.ly/3wiGOUy