A wave of legislation targeting trans and queer people is sweeping across the United States from Alabama to Arizona. These laws deny youth access to gender-affirming care, effectively criminalizing trans youth and their families.

Like the manufactured panic over Critical Race Theory and the recent attacks against Roe v. Wade, anxieties directed toward transgender and gender-nonconforming people have become central to the GOP’s incursion into the culture wars. Without a doubt, the attacks against trans youth are a calculated political play aimed at motivating conservative voters ahead of the midterms.

In efforts to overturn this wave of reactionary legislation, mainstream queer activists have primarily turned to legal strategies. These are important and necessary efforts, but, (just as in the past) they are not enough to ensure justice for all trans and queer people.
What is motivating these attacks and how should the left respond? 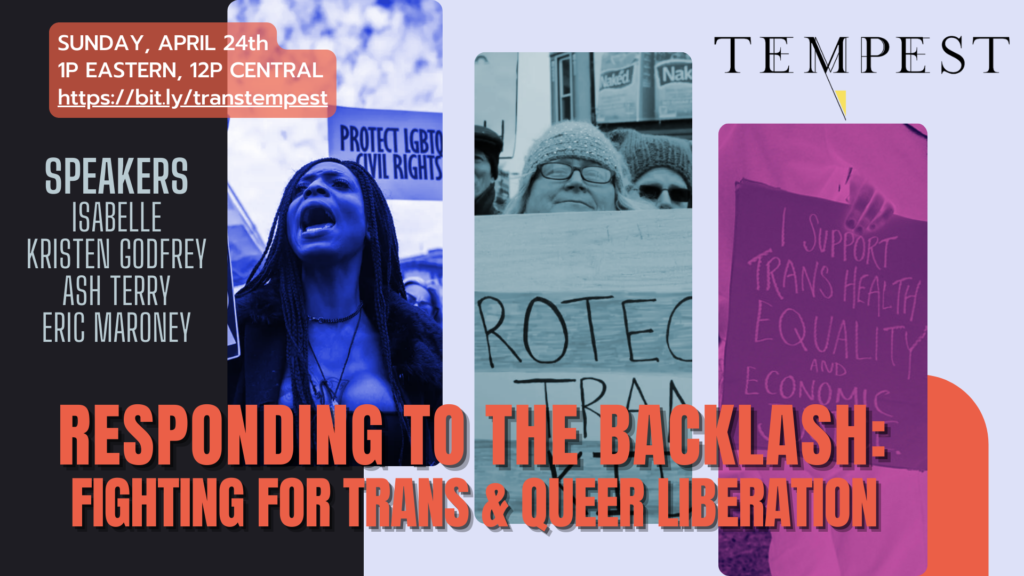 Tempest Responding to the backlash
Accessibility by WAH
Loading Comments...