A Tempest editorial on the ongoing vote for unionization at the Amazon warehouse in Bessemer, Alabama.

The Tempest Collective stands in solidarity with the Amazon workers in Bessemer, Alabama, voting to unionize with the Restaurant, Wholesale and Department Store Union (RWDSU) through March 29.

The Bessemer Amazon workers are currently involved in one of the most important labor struggles of our time. This unionization vote is arguably one of the most important things happening in the U.S. labor movement. If these workers are able to win against Jeff Bezos—currently the world’s richest individual—it would significantly advance the labor movement. Such a boost to morale to the labor movement could spark greater momentum in workplace organizing than what we have seen in the past 50 years. 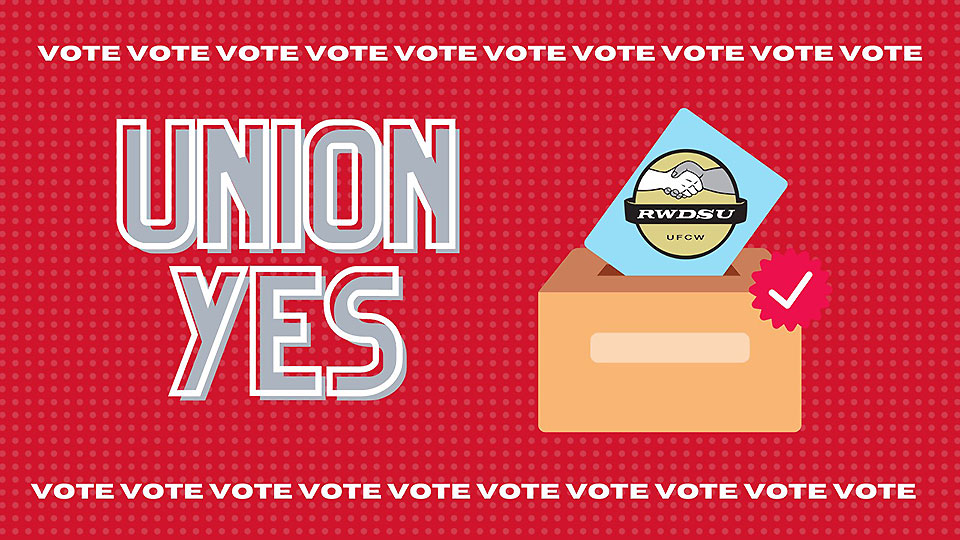 The struggle of the Bessemer Amazon workers is a continuation of the Black Lives Matter movement, which exploded when George Floyd was murdered by Minneapolis police. BLM has become one of the largest social movements in the history of the U.S. and is the most significant development in the anti-racist struggle of our lifetime. The workers specifically cite their struggle as a continuation of BLM, following the same thread as the unionized NFL players who refused to stand for the U.S. national anthem.

As essential workers, Amazon workers know what it means to be put at extreme risk of contracting COVID-19. Black, indigenous, and people of color and women have borne the brunt of the pandemic over the last year and have been the central group of workers who have suffered from capitalism’s drive for profit over prioritizing public safety and health.

A victory for Bessemer workers would reverberate across Amazon warehouses and industries nation-wide, and possibly even internationally. We stand unequivocally with the Bessemer Amazon workers and RWDSU in this struggle, even while we have strategic questions about the union’s strategy that relies primarily on a card check operation and not first and foremost on the activation, however possible, of workers themselves to win their co-workers to the need to fight the boss to win a union and enforce any future contract. The strength of any union drive is not in the existing NLRB regulations—as evidenced by the way the bargaining unit was unfairly unilaterally expanded from 1500 to 5800 workers. Strength lies primarily in the militancy and participation of the workers who stand to win or lose on the shop floor.

The Left and the labor movement have been noticeably absent during the Bessemer Amazon union drive. It is a positive step that the drive is finally gaining support from these forces. It is important to both draw lessons from critical analyses of organizing work and to simultaneously support such important historical union drives as this one, despite any potential criticisms we may have of the strategy employed. Regardless of if this union drive is successful, it already has inspired workers at other Amazon facilities to also seek out potential union representation and it has far-reaching implications for workers’ potential to organize against corporate giants. It will also have many positive indirect consequences. For instance, it could serve as a catalyst to drive more support of the PRO Act across the country.

Solidarity to the Bessemer Amazon workers!