Skip to content
Hakan Yilmaz proposes an industrial organizing strategy for the Democratic Socialists of America.

The new socialist movement has made gains in the electoral arena in recent years, but our successes in labor organizing have been more limited. This article outlines some foundational steps socialists can take: mapping occupational dynamics within the Democratic Socialists of America (DSA), then organizing industrial committees to expand our presence and build power to disrupt business and profits.

Political activity has increased across the country since the Great Recession of 2007-2009, caused by worsening inequality, racist police violence, attacks on immigrants, women, and LGBTQ people, the climate crisis, and austerity. We even witnessed a revival in strike activity in 2018 and 2019. Socialists have been involved in all of these struggles, also many movement activists have participated in Sen. Bernie Sanders’ presidential campaigns, and some have joined DSA. However, while these movements and Sanders’ campaigns clarified the axes of political struggle, they were not alone capable of rebuilding working class institutions with the power needed to win. After the defeat of Sanders’ most recent campaign, many socialists continued to maintain their focus on the electoral arena, retreating to down ballot races.

To expand the base and to shift the strategic orientation of the socialist movement we need to build alternative sources of power outside the electoral arena. Without building our presence among a broader layer of workers, socialists will not be able to leverage our political power. We need a coherent labor strategy that can unite workers in different industries and workplaces.

We must start with DSA given that no other socialist organization comes close to it in size. DSA will not organize the working class by itself, but with coherent labor strategy DSA can create a pole of attraction for radicalizing workers outside of the DSA orbit as well as other Left currents.

Discussions about workplace organizing within and around DSA have revolved around something called “the rank and file strategy,” but they have remained at a high level of abstraction. That abstract quality has informed the lack of agreement about what is meant when the “the rank and file strategy” strategy is evoked. The group inside DSA most commonly associated with this term has been the Bread & Roses caucus. This group has promoted a concentration plan focused on getting jobs in education and health care. Others have emphasized the role of organizing in sectors such as logistics and the airline industry.

The proponents of the various “rank and file” strategies have been effective at highlighting the term itself. However—tied to the lack of agreement about the term—it is unclear to what extent socialists have been able to build a presence among the rank and file that is independent from the union bureaucracy. The development of a militant labor movement necessitates the democratization of the existing unions by an active rank and file. Socialists can play a leading role in this process by organizing alongside like-minded coworkers to politicize and democratize unions and workplaces.

While a rank and file orientation is important, we need to identify concrete steps for DSA members and other socialists who want to pursue labor organizing beyond telling them to get jobs in certain sectors. The first step is mapping the industrial and occupational dynamics within the socialist Left in order to get people working together. Given that different types of industries and occupations have different organizational dynamics and different capacities for applying structural leverage within the economy, we can understand our strengths and weaknesses by looking at our membership. First within DSA, we can identify which industries socialists are in, and we can get them in touch with one another by developing industrial organizing committees. These committees can then coordinate with other labor formations such as rank and file caucuses inside unions, worker centers, and other worker organizations within unions, neighborhoods, and cities. Taking these steps would create more space for socialist labor organizing by those who are not themselves union members, as well as those who can pursue rank and file organizing within the unions.

Why prioritize labor organizing on the basis of industry? Throughout the history of the 20th century, the labor organizations most effective in winning lasting gains have been organized on the basis of industry as a result of militant rank and file activity. Industrial organizations, unlike craft-based and professional organizations, are more effective in addressing the political questions and divisions within the class that cannot be ignored if we really want to build strength on the shop floor. Most importantly, this includes the issue of racism.

It is important to note that many socialists already occupy positions as union staffers or officers. While they may bring expertise in a certain mode of labor organizing, they often play a contradictory role, as union versus socialist organizers. While working with all comrades who occupy these positions, our priority has to be strengthening rank and file organization and democratic oversight and control. No doubt the specifics in different locales require different tactics and points of emphasis, but this should be our framework.

The effort to map the DSA membership and organize industrial committees should start at a national level. The foundations already exist in the form of the Democratic Socialist Labor Commission (DSLC), and national projects such as the Restaurant Organizing Project, and the Health Workers Collective. Local DSA labor formations have also often taken initiative mapping their own membership and organizing “labor circles” in order to initiate local coordination in labor work, despite a shortage of support from the DSLC. 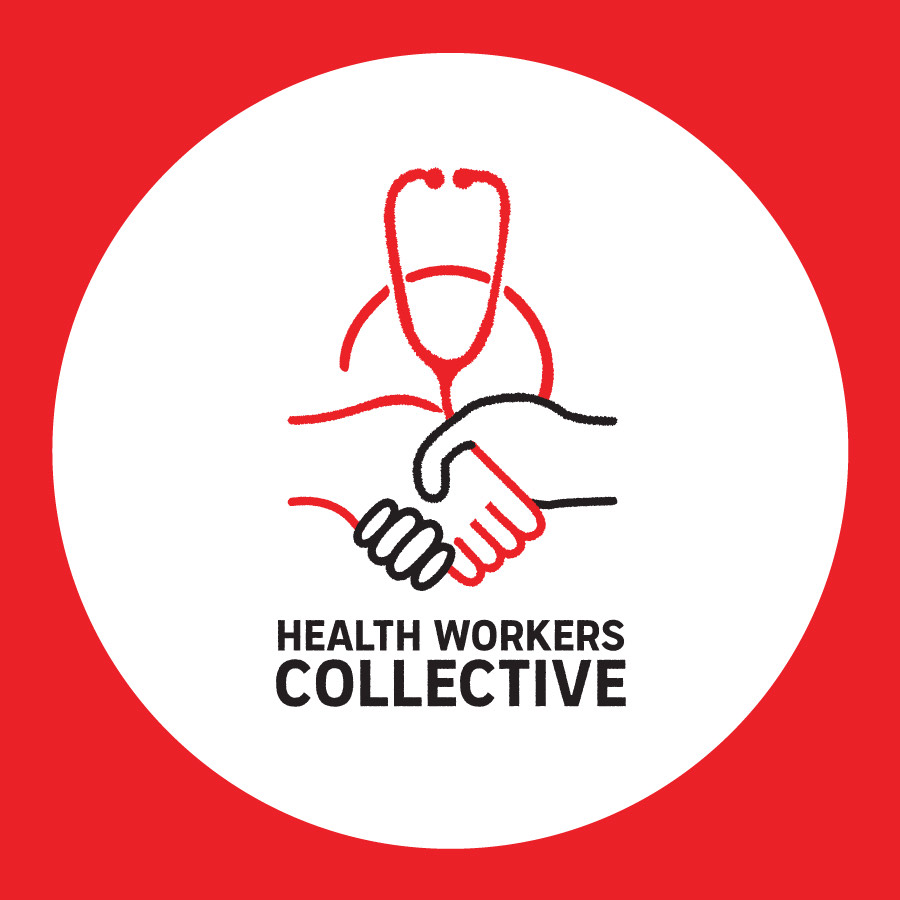 The DSLC itself has not been very active or effective since its inception. To accomplish an industrial organizing orientation would require significantly reforming and expanding the DSLC in order to allow for a more democratic process in the formation of national industrial committees and to support local initiatives.

The DSLC could begin by organizing a series of political education events that are led by organizers from different industries and occupations. These events could focus on the possibilities and limitations of organizing in different industries and how socialists could participate in or support the efforts to organize. These events could be promoted by the national organization as well as by chapters and branches. We could also reach out to as many allies as possible, such as socialist politicians and other Left organizations to promote these events and connect the largest possible number of radical workers with one another.

It is important to clarify some facts about the industrial and occupational distribution of the U.S. working class. Due to automation and deindustrialization, the occupational distribution of the U.S. has shifted significantly during the neoliberal era. The once-highly unionized manufacturing sector now makes up a smaller portion of the labor force and it is increasingly located in the South where wages are low and laws are more hostile to workers.

Perhaps informed by changes in occupational and industrial dynamics, some of the national workplace efforts within DSA so far have been among health workers and restaurant workers. During the COVID-19 pandemic, Restaurant Organizing Project and Health Workers Collective have both provided space and materials for organizing around workplace safety in their respective sectors. The efforts of the Health Workers Collective have largely been alongside the Emergency Workplace Organizing Committee to support ongoing campaigns. EWOC is a joint project shared by DSLC and an existing union, United Electrical, Radio and Machine Workers of America (UE). The Restaurant Organizing Project holds biweekly meetings for workers in the restaurant industry and provides educational material, but it does not have close connection to any existing union. Both of these formations provide different examples of how industrial organizing could look like on a national scale and could provide models for expanding into other sectors.

Following a series of events that go over the basics of organizing in each industry, the organizing committees could begin holding regular sessions for strategic discussions. However, most participants in these sessions will be dispersed across the country, so the DSLC could begin encouraging local DSA labor formations to also hold events that focus on industrial organizing on a local scale.

One of the most important contributions of the DSLC has been the formation of local chapter-wide labor branches, as well as its role in coordinating with local DSA labor committees and working groups. The local labor formations have accomplished important things in a short amount of time. The New York City labor branch, for example, organized events uniting public sector workers in response to the coronavirus pandemic and the Black Lives Matter protests of the past summer. In other places labor committees and working groups have engaged in strike support. There is no doubt that local labor formations would play an important part in industrial organizing in the DSA.

One limitation local labor formations could face in implementing an industrial organizing strategy is that the majority of DSA members are concentrated in a few cities—New York City, Los Angeles, the San Francisco Bay Area, the D.C. metro area, Boston, Chicago, and Austin, Texas. There is a hard constraint on what local labor formations can facilitate in places where there simply are not that many active members. These formations will tend to focus on what seems most related to the occupational backgrounds of their own members. However, this does not preclude their involvement in a national industrial strategy, since the goal of such a strategy is to unite workers in certain industries regardless of their geographic location.

National level campaigns should be the starting point because these could increase member engagement in local labor formations by creating a larger platform. National events could help connect workers in different industries who live in the same places and who want to be involved in labor organizing, strengthening local labor formations through increasing the number of members involved. The DSLC could also provide training and additional education materials to those members not in major cities, helping these members to form their own local initiatives.

Relating to public school educators has been central to discussions on DSA labor strategy on a local level, largely due to a decade-plus of militant activism, and openings provided by the strike wave of 2018-2019. However, there is not a single strategy that local labor formations have been pursuing. As mentioned earlier, DSLC, in coordination with local labor formations, have expanded their efforts in other industries during the pandemic. This has happened in large part through the Emergency Workplace Organizing Committee. However, the efforts oriented towards organizing the unorganized have been pursued in an ad hoc manner, limiting their impact and long term viability. Structuring these efforts on a national level and then facilitating the contributions of local formations would help sustain these efforts in the long run.

Centralizing and industrializing our labor strategy will not change the constraints outlined above, however it could empower DSA members by creating space for socialists to understand and strategize based on their own social locations. Labor organizing is difficult in all contexts since it necessitates that workers risk their livelihoods by directly confronting their bosses.

The goal of this article was to sketch out some foundational steps socialists can take to build power in the period after Sanders’ presidential campaigns with an industrial labor strategy. Without worker power, our struggles will tend to be contained within the electoral arena but without the necessary structural leverage to push through reforms.

Hakan Yilmaz is a member of the New York City chapter of the Democratic Socialists of America and the Professional Staff Congress.